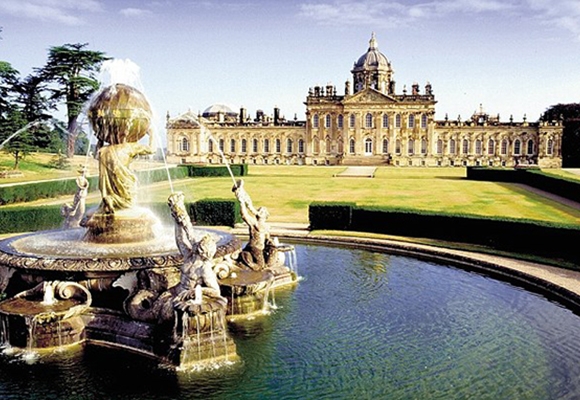 On our premier York & Castle Howard Walking walking tour guides will give you a tour of York, York Minster exterior, the cobbled streets of York and beyond.  You will then be chauffeured out of York through the Howardian hills to Castle Howard for a full guided tour of the house and grounds.

Alan is one of select number of people to become an official Visit York badged Tour Guide. He will share his vast knowledge of the ancestry which can be traced back to 71 AD, when the Romans settled here in York and take you on a journey through streets like The Shambles, Stonegate and Whip-Ma-Whop-Ma-Gate.

He will guide you into the Museum Gardens, the ruins of St Mary’s Abbey and walk along the most complete set of City walls in the whole of England, before stopping at Clifford’s Tower which dates back to 1245.

We then take a short drive in our luxury vehicles with in-car high-speed Wi-Fi. We travel to Castle Howard – a magnificent stately home built in 1700 which is still owned by the Howard family, then call in at the Award winning Yorkshire Lavender and take in spectacular views of the Howardian Hills.

Features of the Tour:

Admission to attractions is not included in any of our packages.

Our selection of available Tours: (contact us if you have any questions

This site uses Akismet to reduce spam. Learn how your comment data is processed.